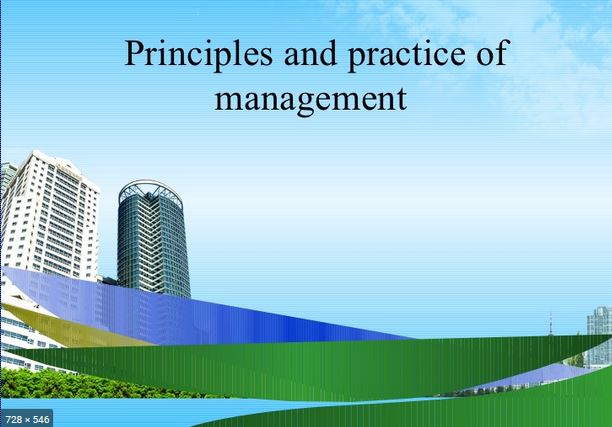 As a result of company expansion, the accounts manager now has control of four assistant managers. This expansion has resulted in the need for greater delegation and clear definitions of levels of authority and responsibility.

Required:
a) Explain what is meant by:
i. Responsibility
ii. Authority
iii. Delegation

b) Explain the need for effective delegation, the problems with delegation and how these problems may be overcome.

ii. Authority-Henri Fayol defined authority as “the right to give orders and the power to exact obedience”. It is the right to exercise powers such as hiring and firing or buying and selling on behalf of the organization. Authority refers to the relationship between the participants in an organization. The authority structure provides the basis for assigning tasks to the various elements-for commanding. The concept of authority is closely related to the idea of the legitimate exercise of the power of a position and depends on the willingness of subordinates to comply with certain directives of superiors. The scope of responsibility must correspond to the scope of authority given. If a manager is given responsibility without the necessary authority, he is in the invidious position of being powerless to achieve the levels upon which his performance is being judged. Conversely, a person given authority without clear responsibility for achieving specified targets, or without having to report to a more senior manager, is in a position of false security.

iii. Delegation-This is the process wherea manager or supervisor transfers part of his or her legitimate authority to a subordinate. Along with authority goes responsibility but whilst authority can be delegated, responsibility remains with the superior, e.g. while a Board of Directors may delegate authority to the managers, the directors are still responsible directly to the shareholders. Delegation means giving someone else the freedom and authority to do a job for which you are accountable. This action implies that the person receiving the delegated work will handle it on his or her own initiative and that you have confidence in the ability of the delegatee to do the job successfully. Delegation is an important aspect of organization and effective management. Without delegation, formal organizations could not exist. If there were no delegation, the chief executive would be responsible for everything and would be the only person with the authority to do anything. Consequently nothing much would ever get done. Because management is the act of getting things done (accomplishing objectives) through the work of other people, to put it simply, it is obvious that management could not succeed without delegation.

b) In all but the smallest of organizations, some degree of delegation is necessary, as there are physical and mental limitations to the work that can be undertaken any manager. This in turn allows subordinates to gain experience and demonstrate how they can perform. From these points the following practical advantages can be derived:
i. The workload of the manager is reduced allowing more time to concentrate on strategic duties.
ii. Subordinates can gain good experience for future management.

iii. Delegation can lead to decentralization, which can allow divisional or branch managers to react quicker to local changes than managers at head office.
iv. Allowing subordinates to perform work of a higher grade can aid their development.
v. Management can see how subordinates tackle work of a higher grade, and how they cope with extra authority.
vi. Effective deployment of resources fulfils value for money criteria.

There are common problems associated with delegation, namely:
i. Failure to delegate sufficient authority
ii. Need for higher managerial skill
iii. Loss of direct control
iv. Lack of confidence in both the subordinate and the person delegating
v. Danger of a less satisfactory outcome/lower productivity
vi. Fear of losing one’s job to a good subordinate
vii. Boss is secure and comfortable in his old job
viii. Subordinate may become impatient for monetary recognition
ix. Doubt over what to delegate and what to keep
x. Failure to monitor and counsel

The problems can be minimized considering the following points:
i. The manager should not delegate so much as to overload a subordinate totally
ii. The employee has reasonable skill and experience in the area concerned
iii. The employee is carefully selected and trained
iv. Appropriate authority is delegated
v. The manager remembers to monitor and control
vi. The manager is not simply “passing the buck” or “opting out”
vii. All concerned know that the task has been delegated. There is an open communication system
viii. The manager puts time aside for coaching and guiding
ix. If delegation goes well, then the person will expect a reward, e.g., upgrade job/more pay.