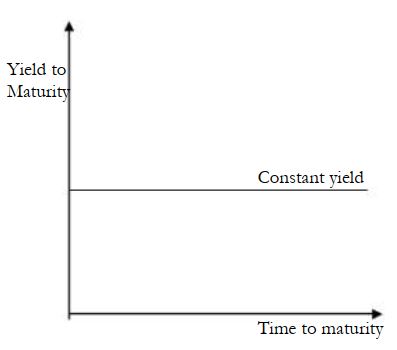 Corporate bonds have recently started gaining prominence as disintermediation financial instruments in developing countries.
i) Distinguish between financial intermediation and financial facilitation.
ii) Explain the relationship between the price of bonds and:
1. Interest rates in the market generally.
2. Term to maturity of the bonds.
iii) Explain any three theories that can help explain the term “structure of interest
ANSWER
a) i) Financial intermediation – process wherean entity, primarily a commercial bank, receives funds from entities with surplus resources and channels these to economic agents who desires to utilise these funds. In the process, the intermediary takes title to the assets (deposits) and creates new assets (loans). Two assets and two liabilities are therefore involved in the process.

Financial facilitation – on the other hand refers to the process where some entities, eg. Investment banks and stock brokers, help in the raising of funds economic agents directly from the investors with excess resources. The facilitator in the process does not take title to the asset. It is more like wholesaling of goods from the manufacturer to the consumer.

The two facilitation and intermediation, are similar in that they aid in the transfer of resources from areas with surplus funds to areas with deficits.

ii) Price of a bond, using a zero coupon is expressed as:

1. Relationship between price and interest rates:
Bonds are priced to give a yield that is highly positively correlated with the level of interest rates. This implies that higher interest rates mean higher bond yields.

From the formula above, price is inversely related to yield consequently, price is also inversely related to interest rates. The higher the level of interest rates, the lower the price of bonds and vice-versa.
2. Relationship between price and term-to-maturity
From the formula, the longer the term (ceteris paribas), the lower the bond price and vice-versa.

iii) Term structure of interest rates – Refers to the relationship between interest rates (yield) and time to maturity for any class of similar risk securities.
Different shapes are possible as follows:

Theories that explain term structure include:
Expectation hypothesis:
States that the yield curve reflects the investor‟s expectation about the future behaviour of interest rates. If investors expect a higher general level of interest rates in the future then similarly they will expect longer dated bonds/securities to have higher yields and vice-versa. Under this theory then, it is possible to have just about any term structure.

Market Segmentation Theory
This theory premises that the markets for securities can be viewed as different „markets‟ depending on the maturities. The yield in each segment will be determined the equilibrium of the forces of supply and demand. Hence, the yield curve could take any shape.