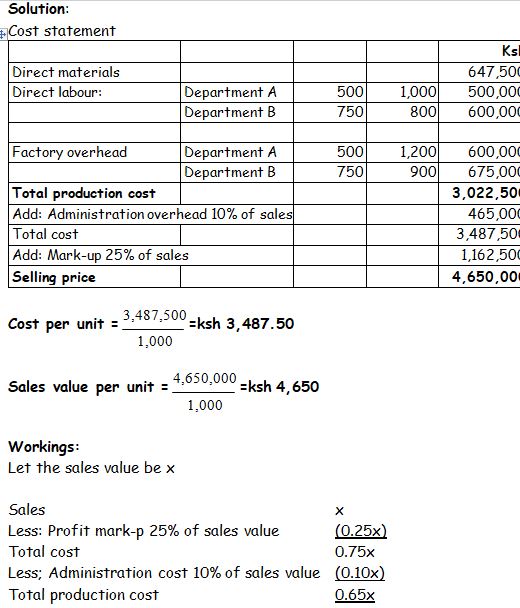 Introduction
A batch is a group of similar items which maintains its identity throughout one or more stages of production and is treated as a cost unit.

Batch costing is a form of order costing or job costing where costs are attributed to each batch as a cost unit. It deals with a group of items that are closely related and are being made for a single customer all at the same time.

The objective of batch costing is to determine the total cost of the batch and the cost of each unit in the batch.

Required:
Compute the total cost, cost per unit and the sales value per unit