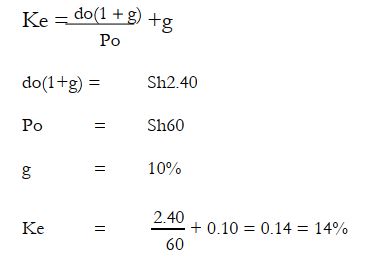 Millennium Investments Ltd. wishes to raise funds amounting to Sh.10 million to finance a project in the following manner:

The present capital structure of the company is made up as follows:

The company‟s long term debentures currently change hands for Sh.100 each. The debentures will mature in 100 years. The preference shares were issued four years ago and still change hands at face value.

(iii) Compute the company‟s marginal cost of capital if it raised the additional Sh.10
million as envisaged. (Assume a tax rate of 30%).
ANSWER
(i)Cost of equity

Since the debenture has 100years maturity period then Kd = yield to maturity = redemption. 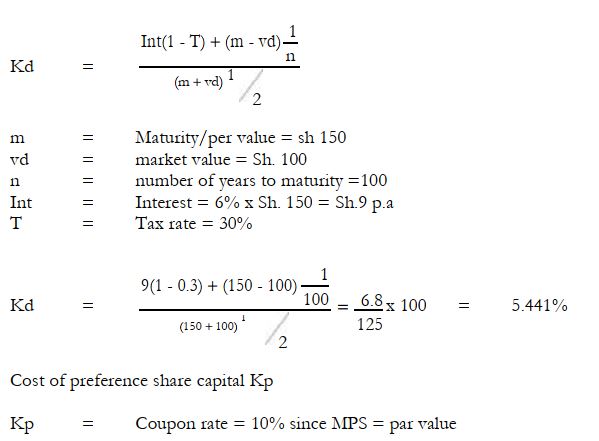 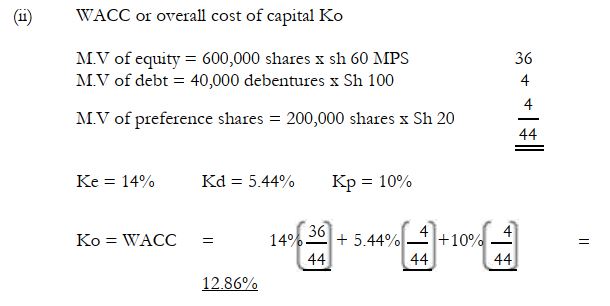 The Sh 10M will be raised as follows: