The finance manager of Bidii Industries Ltd., which manufactures edible oils, has identified the following three projects for potential investment:

The project will require an initial investment on capital equipment of Sh.84 million and Sh.24 million on working capital. The profits from the project will be as follows:
Fixed costs include an annual depreciation charge ofSh.3 million. At the end of year 3, the working capital investment will be recovered and the capital equipment will be sold for Sh.8 million.

(ii) Which of the three projects should Bidii Industries Ltd. accept?
ANSWER 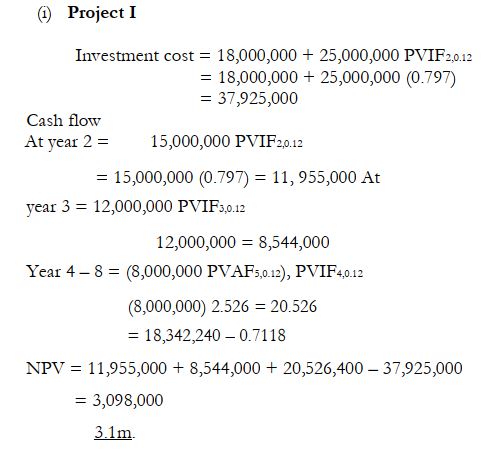