Mumias Milling Company purchased a grinder 3 years ago at a cost of Sh.3.5 million. The grinder had a life of 8 years at the time of purchase. It is being depreciated at 15% per year on a declining balance. The company is considering replacing it with a new grinder costing Sh.7 million with an expected useful life of 5 years.

Due to increased efficiency, the profit before depreciation is expected to increase Sh.400,000 a year. The old and new grinders will now be depreciated at 25% per year on a declining balance for tax purposes.

Required
Should the new grinder be bought? Explain.
Answer
The old grinder still has 5 more years. Determine the NBV (today) after the lapse of 3 years using 15% depreciation rate.

The depreciation for the first 3 years is a sunk or historical variable, irrelevant in replacement decision.
Carry out the increamental analysis using the fifth steps
(i) Compute increamental initial capital 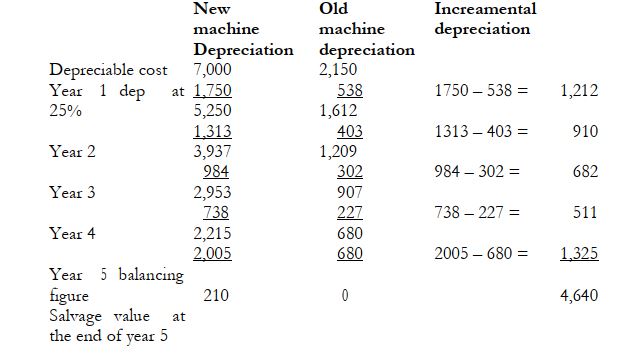 Increamental depreciation for each year is higher than increamental EBDT of Ksh.400,000 p.a. 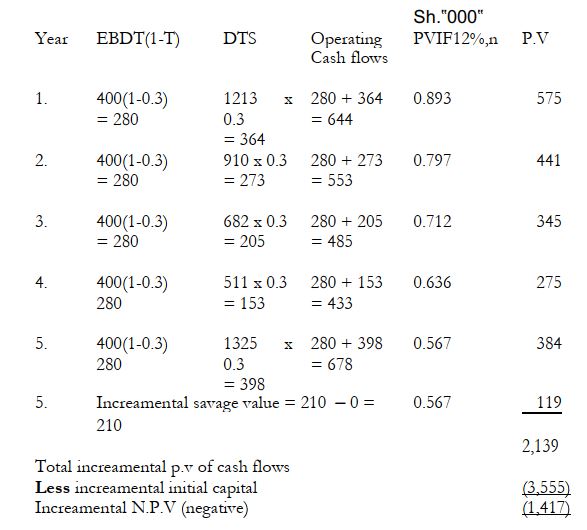