a) The computerization process of the Strath-Times Investments has been estimated in the table provided.

a)
i) Draw a network chart (CPM) and determine the critical path and duration of the project.
ii) Given that the company experiences an additional weekly site cost of Ksh.400, compute the total cost of the project.

b) Strath-Times Investments has decided to develop its own programs in-house. The initial cost of the project is estimated at Ksh. 200,000.

If the estimated cash flow from the time of implementation of the system is estimated at Ksh. 120,000; 60,000; and 120,000 respectively, compute the payback period and net present value (NPV) of the project. The current cost of capital is 12%. Comment on
the viability of the project.
answer
i) Critical path = MDKLFG
Duration = 35 days 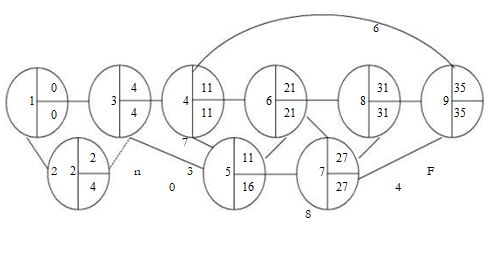 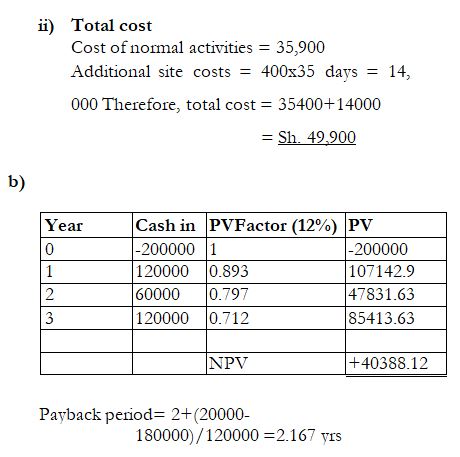 Comment
The project pays back in a relatively short period of time.
It has a large positive NPV. Given that it is prudent to invest in projects whose NPV is greater than 0, thus the project is viable.